During the 8th international conference “COINS 2017” on 22-23 September 2017 in Moscow, the Mint of Poland was awarded in three categories, including the People’s Choice Award, considered the most important distinction of the event.

More than 200 delegates participated in the conference, including guests from Canada, Russia, Italy, Portugal and France. The Mint of Poland has been distinguished in as many as three categories – “Coin of the Year”, “Souvenir Coin” and “People’s Choice Award”.

– International monetary conferences offer a rare opportunity to objectively compare the quality of coinage produced by different mints all over the world. I am proud of the fact that we have been presented with multiple awards, and once again – distinguished for the quality of our products — said Siemowit Kalukiewicz, Chief Operating Officer at the Mint of Poland. 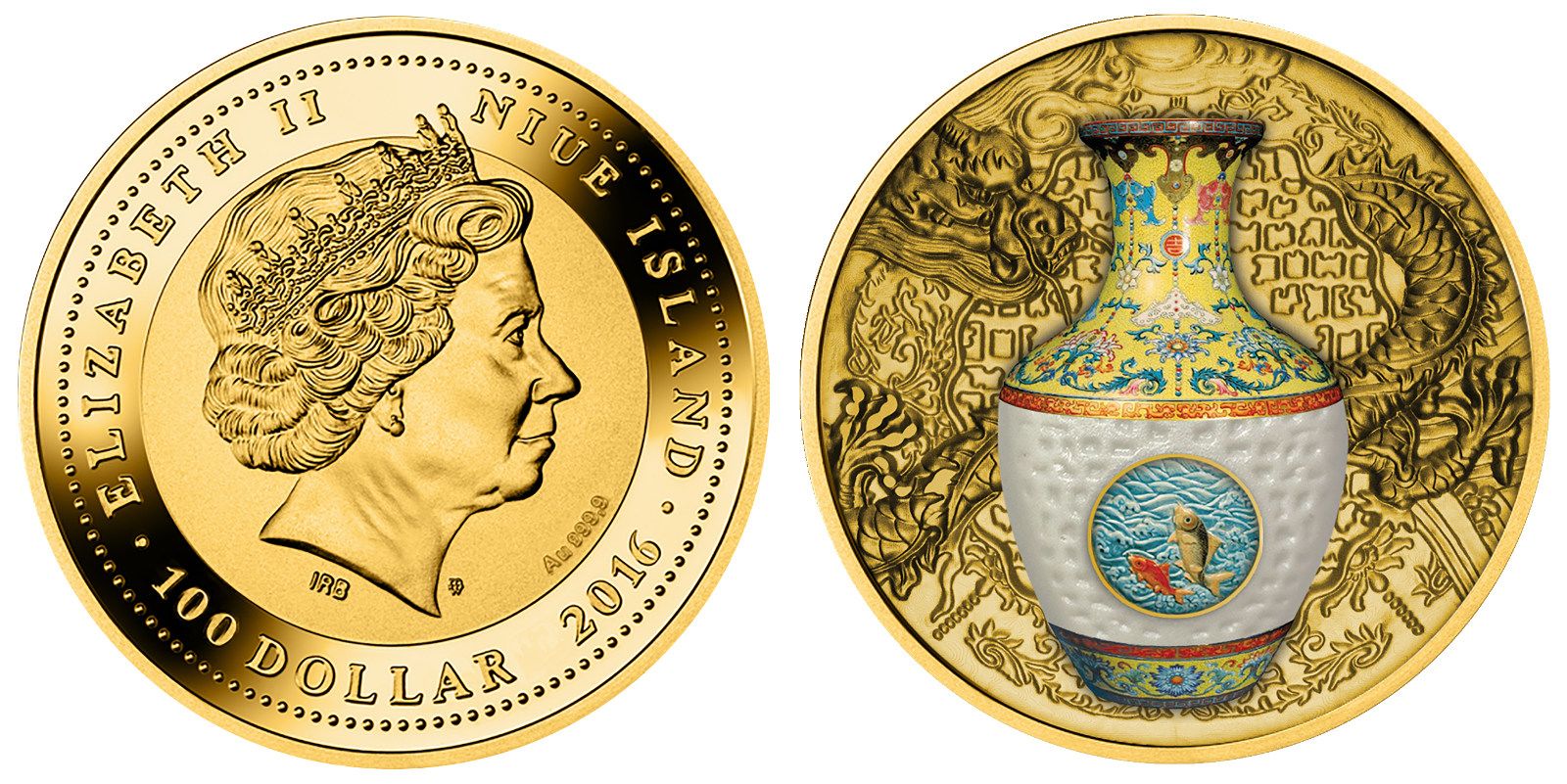 First of the awarded issues – “Qing Dynasty Vase” gold commemorative coin with face value of 100 NZ dollars issued by Niue Island – has been awarded in “People’s Choice Award” category. It is the first coin in the world embellished with a miniature porcelain vessel-shaped insert. The obverse of the coin features the effigy of Her Majesty Elizabeth II, whereas the reverse – a Qing Dynasty vase, a masterpiece created in times when Chinese art of porcelain creation reached its pinnacle. It is worth mentioning that the porcelain featured on the coin has been manufactured in Ćmielów and Chodzież porcelain factories. 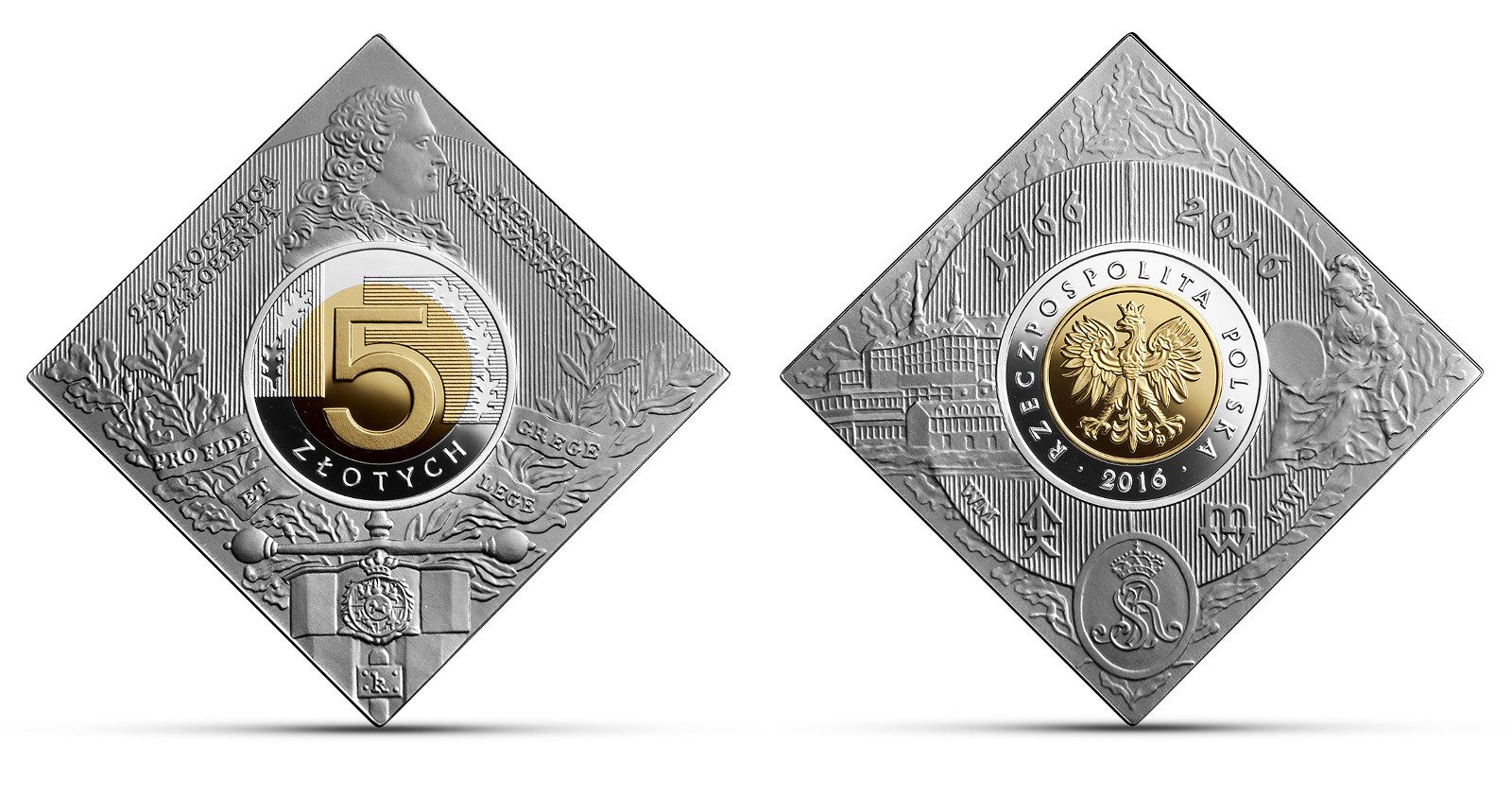 (central bank of Poland) won the 3rd place in the category “Coin of the Year”. This 5-zloty coin, issued on the occasion of the 250th anniversary of the foundation of the Warsaw Mint, features the effigy of King Stanisław August Poniatowski created by royal engraver and medalist Philipp Holzhausser. Additionally, the coin depicts a minting screw press of the era. The composition is complemented with a 18th-century motto of the Polish-Lithuanian Commonwealth ‘Pro Fide, Grege Et Lege’ (Latin: For Faith, Law and the King) which can be found on the Order of the White Eagle. The obverse features the Royal Castle in Warsaw and the effigy of goddess Minerva, patron of craftsmen, derived from the 1766 medal (minted on the occasion of monetary reform and founding of the Warsaw Mint). Combination of symbols and historical references, as well as depicting a contemporary 5-zloty coin allude to the long history of monetary art in Poland.

„Born to be happy” is yet another distinguished coin of the Mint of Poland, this time in the category “Souvenir Coin”. This 1-dollar silver token decorated with multi-colored digital printing has been issued by Niue Island. The obverse features Her Majesty Elizabeth II, whereas its reverse – a stork and a lovely baby in the cabbage.

The Mint of Poland, widely acclaimed as one of the most technologically advanced mints in the world, is a sole manufacturer of circulation coins in Poland. We are among very few mints that meet market’s expectations with such a flexibility – what means our coins are always struck in line with state-of-the-art technologies. Thanks to this competitive edge, accompanied by highest craftsmanship of our designers, we win awards in most prestigious international competitions.

Our portfolio is diversified. We are a sole manufacturer of gold bars in Poland. We actively strengthen our position in the area of the Municipal Card System. As for now, this system is used in Poland’s biggest cities, including Warsaw, Wrocław, Lublin, Bydgoszcz and Łódź.

For several years the Mint of Poland has also been dynamically involved in the real estate segment. Its newest project in this field is Mennica Legacy Tower – a modern office complex. The company also owns a 27-ha building plot in Warsaw’s Żerań, as well as other building plots in Annopol and in the city center.

PreviousFour awards for the Mint of Poland at the MDC 2018 conference in Seul
List of current affairs
The World Games 2017 medals from the Mint of PolandNext
Closing of the release or further navigation of the site signifies your consent and no blocking of cookies.