HomeAbout usNewsMint of Poland: Thank you all for breaking the blood donation record together with us!

Mint of Poland: Thank you all for breaking the blood donation record together with us!

24 hours, 867 volunteers and hearts full of good will to share with others – that’s the recipe for Poland’s new record in and active promotion of blood donation. On 30 September, the residents of eight Mazovian cities and towns stepped up to the mark and donated a total of 327.391 litres of ‘the red gold’, beating the previous record by nearly 100 litres! 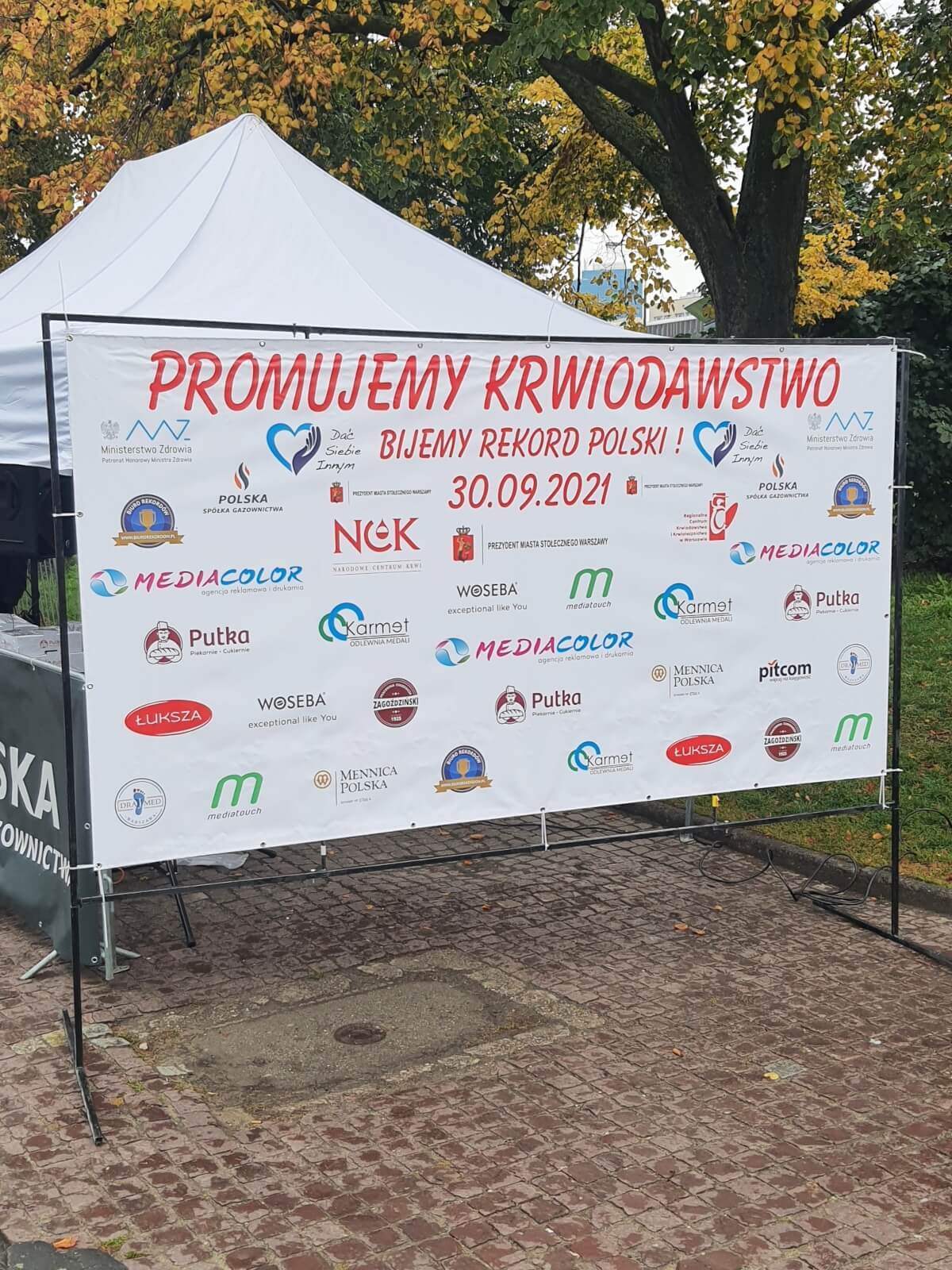 A record high donation for the life-saving initiative

To join the effort to beat Poland’s record in blood donation, the volunteers could visit one of 12 blood donation mobile stations in eight cities and towns all around the country’s District of Mazovia (capital: Warsaw). Five of them were located in Warsaw, the remaining ones – in Ciechanów, Garwolin, Mława, Nowy Dwór Mazowiecki, Płock, Siedlce and Ostrołęka.

ltogether, a record high number of 867 volunteers – almost 350 more than during the previous action – donated blood under the initiative. It is thanks to their engagement that nearly 100 litres more blood than the previous record set in the Province of Greater Poland (capital: Poznań) were collected. At that time, 521 volunteers donated 229.179 litres in total.

The successful attempt at breaking the Polish record in blood donation was organized by the charity Stowarzyszenie “Dać siebie innym” (The “Give Yourself to Others” Association). The Mint of Poland has actively supported the association for several years now. In August, for the third time running, the company funded medals for the participants of its charity action “Run for Blood and Bone Marrow Donors”. Over the years, a total of 950 commemorative medals have been funded to this life-saving initiative.

Small gestures that really do make a difference

According to the Polish Society of Haematologists and Transfusionists (PTHiT), only 1.5% of Poland’s adults regularly donate blood. That’s why it is so important to promote the idea of blood donation and to encourage others to follow suit. Blood cannot be bought – it is the most precious gift of life to those in need.