Construction starts on another building in the “Bulwary Praskie” project

The Mint of Poland has commenced the construction and commercialisation of the sixth building in the multi-stage “Bulwary Praskie” residential scheme. The building’s general contractor is FB Antczak. The first stage of the project, comprising six apartment buildings in total, is scheduled for completion in Q2 2023.

The “Bulwary Praskie” estate is currently under development in Jagiellońska street in the Warsaw district of Praga. In the first stage, altogether six modern apartment buildings comprising a total of 463 apartments with the total floor area of 25,000 sqm, as well as underground car parks and auxiliary facilities, will be developed. The first building (142 apartments) was handed over last year. Another four buildings (179 apartments) are under construction – after 6 months of works, 40 per cent of the apartments have already been pre-sold. The sixth building (142 apartments) is the last one to complete the first stage of the project.

– The ultimate goal of “Bulwary Praskie” is to create a new dynamic Warsaw district on the right river bank that will harmoniously combine residential, recreational, office and commercial functions. On the 27-hectare plot located on the Vistula in the direct vicinity of the Natura 2000 protected area, we will develop in total around 4,000 apartments and over 150,000 square meters of office space in two complexes. We want “Bulwary Praskie” to become the new architectural and ecological gem of the city landscape – a place that is friendly to both its residents and the local community, bringing together different generations and lifestyles in full harmony and respect – says Grzegorz Zambrzycki, President of the Management Board and Managing Director, Mennica Polska S.A.

Excellent infrastructure in a picturesque landscape

“Bulwary Praskie” is a multi-stage project developed in one of the best-connected parts of Warsaw. The future residents will benefit from unique views of the city skyline on the other side of the Vistula River, as well as of the queen of the Polish rivers itself with all its protected areas and relatively unspoilt nature. Other selling points of the scheme include excellent auxiliary facilities, as well as its peaceful setting amid abundant greenery. The dynamic, cascading architecture of the buildings will perfectly blend into the picturesque surroundings. The common spaces will include fume-free pedestrian routes, alleys with fountains, playgrounds and exercise areas, as well as plenty of walking areas.

– We are glad that thanks to our good cooperation with the general contractor, FB Antczak, the construction work on “Bulwary Praskie” is progressing according to schedule. The development of the second stage of the project, which will include construction of about 760 apartments with a total floor area of around 40,000 square meters, together with all the auxiliary facilities, is planned to start next year. We can see a lot of interest from prospective customers who especially appreciate the project’s distinctive character, which is a unique combination of outstanding modern architecture, high quality workmanship and beautiful natural surroundings – states Adrian Sączek, Head of Sales, Mennica Polska S.A.

Right on the doorstep to the city centre

Another important strength of “Bulwary Praskie” is its connectivity to transport networks offering quick access to other Warsaw districts. In the project’s immediate vicinity, there are tram and bus lines connecting to both subway lines, in particular to the Dworzec Gdański (M1) and Dworzec Wileński (M2) stations, and to the Warszawa Toruńska fast city rail (SKM) station. Also nearby are recreational places popular among Warsaw residents, such as the Zoo, Praga Park, the National Stadium and the Vistula Boulevards, as well as the historical city centre with the Castle Square and the Old Town. 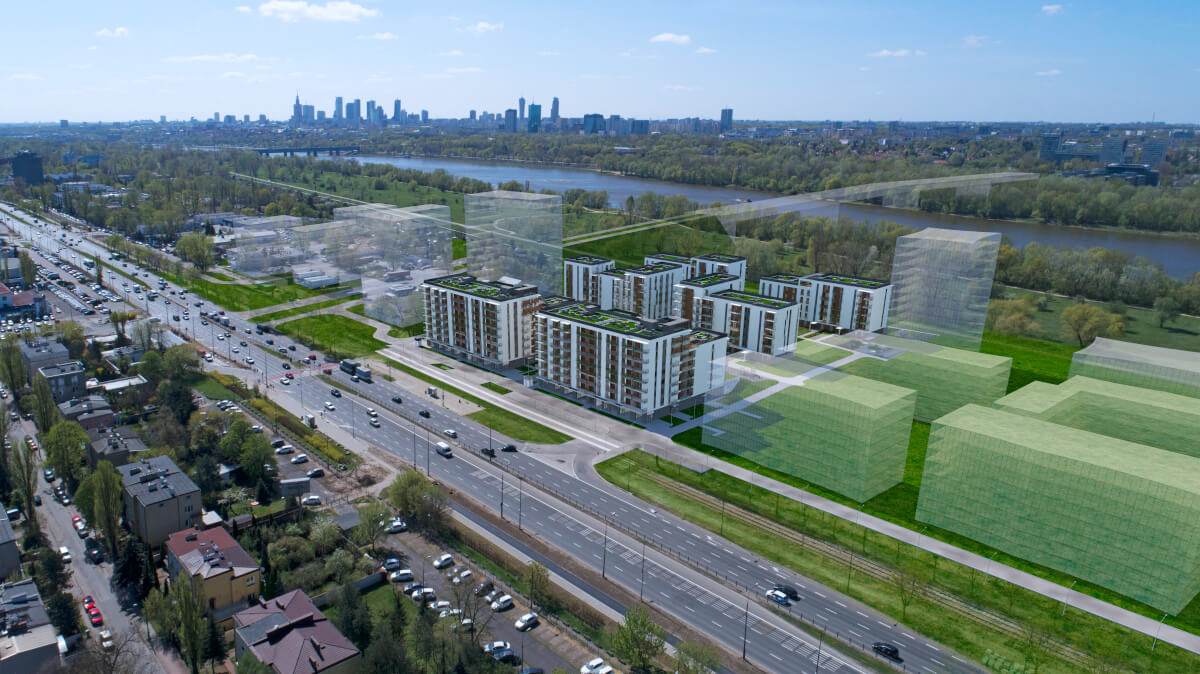 PreviousAnother city to benefit from the innovative Open Payment System. The Mint of Poland wins the contract in Poznań
List of current affairs
A new app and a chosen card – two alternative ways to provide proof of season ticket purchase thanks to another joint implementation of the Mint of Poland and Mastercard in BydgoszczNext
Closing of the release or further navigation of the site signifies your consent and no blocking of cookies.